When I was a boy, television consisted of three choices: NBC, CBS and ABC. When one of these giant networks had a hit program, the entire country would be watching the same thing at the same time. NBC’s Wonderful World of Disney was such a program. The eyes of children across America would be glued to the television at six o’clock every Sunday evening. Curiously, one of the lead sponsors of the Wonderful World of Disney was the Western Company of North America. Even at that young age, it struck me as odd that one of the largest oil and gas service companies would target an audience of boys and girls.

The commercials featured dramatic visuals of the Western Company’s operations throughout the world and concluded with a beautiful young woman speaking the famous tag line, “If you don't have an oil well, get one! You’ll love doing business with Western.” At the age of ten, I didn’t have an oil well or the slightest idea of where to get one.

However, a tiny fraction of dads and granddads did have oil wells. H.E. (Eddie) Chiles, founder and Chairman of the Western Company, cleverly figured that the best way to target these prospects was to catch them at an unguarded moment: while watching Disney on Sunday nights with the kids and grandkids.

“If you don’t have an oil well, get one! You’ll love doing business with Western.” 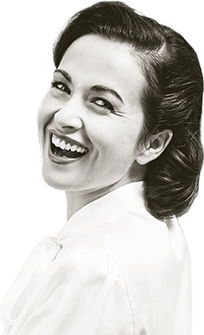 Listen to the broadcast of Ronald Reagan featuring a story about the Woodard Boys. 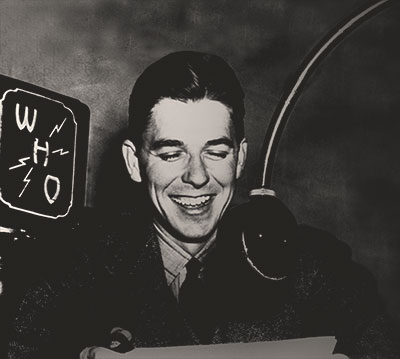 Given a Shot at Advertising

A few years later, I was fifteen and looking for something to sell. At the time, the Fort Worth News-Tribune was a weekly newspaper for the Fort Worth business and political elite. While no threat to the daily Fort Worth Star-Telegram, the News-Tribune was a cult favorite of the movers-and-shakers and the perfect vehicle for advertisers desiring to reach this readership. Publisher Mack Williams was a huge proponent of free enterprise and young people willing to work. He readily agreed to allow me to sell advertising for the News-Tribune.

Listen to The Story of Eddie Chiles: Big Oil, Advertising, and Radio. 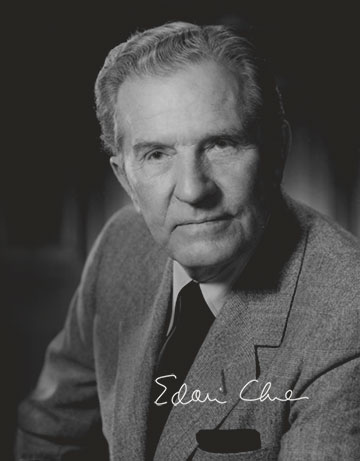 As I embarked upon my new career as an advertising salesman, Eddie Chiles and the Western Company quickly became one of my prized accounts. Eddie had been a friend of my father, Don Woodard, Sr., for many years. Eddie was from Itasca, Texas, and when he graduated from the University of Oklahoma with a degree in petroleum engineering, he began a fledgling acidizing company that would evolve into the Western Company of North America.

At the peak of Western’s success, Eddie stepped outside his comfort zone and purchased the Texas Rangers baseball team. There is no better way to cement your status as an icon in the eyes of a teenage boy than to own a major league ball team. I recall having dinner with Eddie a few weeks after he bought the team, and his enthusiasm reminded me of how I felt every spring as I rode my bike to the five-and-dime on the day that season’s Topps baseball cards arrived.

The access he granted me to the world of the Western Company produced a high similar to that experienced by a high school pitcher given the unlikely opportunity to throw off a major league mound.

“There is no better way to cement your status as an icon in the eyes of a teenage boy than to own a major league ball team.” 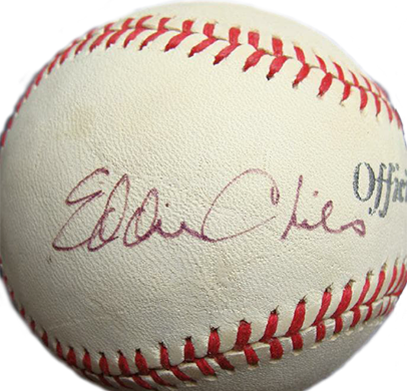 When I wanted to see Eddie Chiles, I would call his longtime secretary, Celia Mervis. Ms. Mervis usually worked me in, but always with the admonition, “Mr. Chiles is very busy so you have to get your business done in fifteen minutes.” However, more often than not, Eddie would spend an hour or so teaching me about business, politics, baseball and whatever else he felt like talking about that day. A favorite saying of his, “fast pay makes fast friends,” resonates with me every day.

When I left his office, always with a sale, I was walking on clouds. Eddie did more to fire my enthusiasm for business and life than any other human being. For me, nothing approaches Eddie Chiles and the red and yellow colors of the Western Company of North America as a symbol of the incredible possibilities made possible by the free enterprise system.

A Legacy Lives On

Eddie died in 1993, and the following year, the Western Company of North America was subsumed into a large energy service conglomerate. However, the legacy of the man and the company lives on through the accomplishments of the numerous men and women who were influenced and inspired by his passion for free enterprise.

When our company was born, it was important to christen it with a name that would symbolize all of the qualities that are essential to success: a sense of urgency, enthusiasm, creative, competitive, detailed, and outstanding technical competence.

It also was important for the name to symbolize the phenomenal success that can be achieved within the free enterprise system. No name better represents all of these qualities than WESTERN.

View "The Great Engine" from WesternTV